Olga Thomas has just released her new single ‘Royal Hollywood Love Song’ to celebrate the wedding of Prince Harry to Meghan Markle! The single went straight into the top ten iTunes Classical Chart and is selling well. All proceeds from the single release will be split between Cruse Bereavement Care and Royal Navy Royal Marines Charity.

The song was originally written for the wedding of one of Hollywood’s ‘Royal Families’ The Douglas’s. Kirk Douglas’s son, film producer Joel Douglas received the song as a gift for his wedding from Olga, who composed it in the majestic setting of Clark Gable’s house. It was then played for Her Majesty the Queen at her Golden Jubilee reception on behalf of Cruse Bereavement Care, a charity for which the Queen is a patron of.

With the news of Prince Harry’s engagement to his Hollywood sweetheart Meghan Markle, Olga was inspired to rework and rearrange the song especially for them. Olga went into Angel studios with a 72-piece orchestra and recorded the song in the most spectacular cinematic Hollywood way possible!

The song will be sent as a wedding gift to the happy couple! 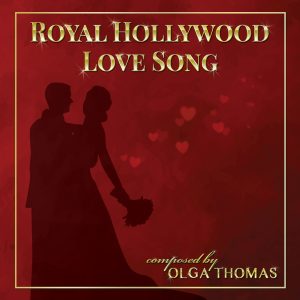 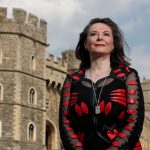 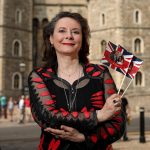 With Royal Wedding fever hitting Britain, Olga was delighted to visit Windsor Castle for a photo shoot and to conduct interviews with the world wide media. She has been talking about the single as well as Royal Music in general used at major events.