The secret is out!

For the last few months I have been busy working with an amazing team to record my new single ‘Royal Platinum Love Song’, which is to celebrate Her Majesty The Queen and His Royal Highness The Duke Of Edinburgh’s Platinum wedding anniversary. They will celebrate 70 years of marriage on November 20th and it inspired me to write this song.

Our soloists were exceptional and our producer and arranger Robert Emery did an outstanding job conducting a 72 piece orchestra and arranging the song so Daniel Koek and Joanna Forest could do their job to perfection.

100% of the proceeds of this song will be donated to Cruse Bereavement Care for which the Queen is a patron of. This week we announced to the media that the single will be released on Friday November 10th. In just a few days we have received coverage in the Daily Express, Daily Mirror, Metro, Glasgow Herald, Belfast Telegraph and many online sites covering the news from all over the World!

My promo team is on the case servicing all National TV, Radio and Press areas so please keep your eyes peeled for more coverage!

I enclose the official press release for the single below and the official video for the track can be viewed on my You Tube channel. Please keep up to date with all my news on my Facebook Page www.facebook.com/olgathomascomposer 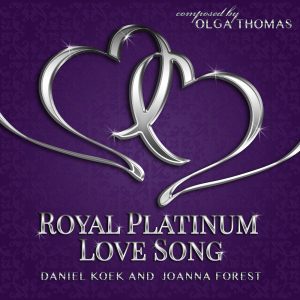 World-renowned composer Olga Thomas-Bosovskaya is set to release her new composition ‘Royal Platinum Love Song’ to celebrate Her Majesty The Queen and His Royal Highness The Duke of Edinburgh’s Platinum wedding anniversary in November.

Olga Thomas has had a lifelong admiration and passion for the Royal family and has been for many years a supporter of Cruse Bereavement Care, a charity she holds very dear to her heart. She has spent a lot of time, energy and creative musical craftsmanship on behalf of the charity. Some years ago, Cruse commenced a unique music programme, to give their patron, Her Majesty The Queen special gifts of music composed by Olga to commemorate the important events in the life of the Royal Household. The Royal Platinum Love Song is the next specially composed piece to honour this tradition.

The song was recorded in London at Angel Studios with a 72- piece live orchestra and arranged and produced by Robert Emery, one of the top classical crossover producers in the UK. Along with the Arts Symphonic Orchestra and Arts Voices choir the two vocalists on the track are none other than Australian Tenor and West End Star Daniel Koek (best known for his role as Jean Valjean in Les Miserables) and Number One Classical album soprano, Joanna Forest. 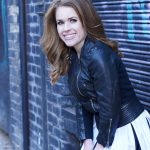 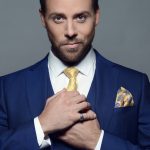 Daniel’s powerful tenor vocal compliments perfectly with Joanna’s tender and pure tone, together they bring a certain magic to the track. Daniel is currently touring all over the World and making waves in America,

Olga was delighted he could be part in this project and knew he was the perfect choice. Joanna went to number one in the classical album charts earlier this year and is about go on her UK tour. Her energy and enthusiasm is infectious, she is a true British sensation.

Royal Platinum Love Song is Olga’s most ambitious project to date, it’s the first time she has recorded a song with such a large orchestra and the result is absolutely dramatic, cinematic in scale and an epic timeless classic, which will be celebrated the world over for its powerful romantic sentiment. A song that celebrates The Queen and Prince Philip’s historic platinum wedding anniversary of 70 years which takes place on the 20th November. The song is a symbol of enduring love, which will undoubtedly touch the nation.

Over the years Olga has written many musical pieces for Cruse including Cruse’s anthem ‘Restoring Hope’ and several of her pieces have been presented to The Queen. These include ‘Themes of Life and Glory’, a tribute to The Queen Mother and ‘Celebration’, an orchestral piece written to mark the marriage of The Duke and Duchess of Cambridge. Olga also wrote the anthem ‘Jubilation’ for the Diamond Jubilee, performed by Her Majesty’s Royal Marines Band Portsmouth (Royal Band). They have also recorded ‘Royal Lullaby’, a gift for Prince George as well as ‘Lullaby for Princess Charlotte’. With the news of a new Royal baby Olga is already hard at work preparing a track to welcome the new addition to the Royal family. Last year Olga was pleased to release ‘Jubilation’ the album, which brought all her recorded pieces for Royalty together on one album for the first time. 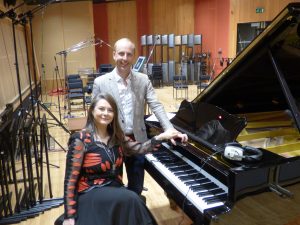 Royal Platinum Love Song will be released on the 10th November and a percentage of the proceeds will be going to Cruse Bereavement Care.

Olga, Daniel and Joanna are all available for interview for further information please contact Louise Harris on 07980 996318 or email louise@louiseharrispr.co.uk

For all TV and Radio queries please contact Lisa Davies on ldpromos@aol.com

They have over 50 years’ experience reaching nearly half a million people last year through local services, a national helpline and their websites. They support anyone who has been bereaved wherever or however the death has occurred.

All the services are delivered by trained bereavement volunteers through the 79 Areas and the National Helpline.