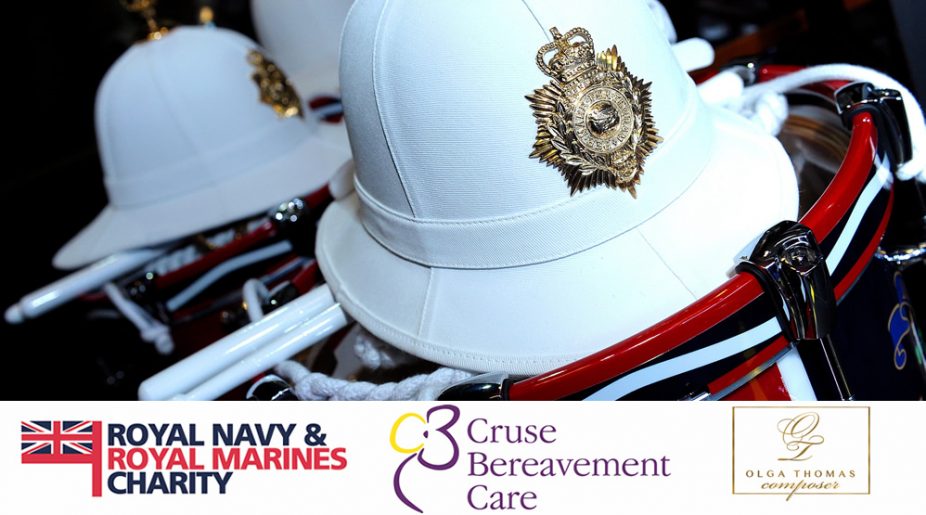 Olga Thomas Bosovskaya is a world renowned composer and supporter of Cruse Bereavement Care, a charity she holds very dear to her heart. She has spent many years donating her time, energy and creative musical craftsmanship on behalf of the charity. Cruse began a unique music programme, a tradition to give their patron, Her Majesty The Queen special gifts of music composed by Olga to commemorate the important events in the life of the Royal Household. 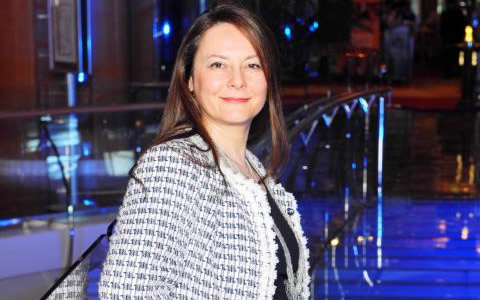 Over the years Olga has written many musical pieces for Cruse including Cruse’s anthem ‘Restoring Hope’ and several of her pieces have been presented to Her Majesty The Queen. These include ‘Themes of Life and Glory’, a tribute to The Queen Mother, ‘Celebration’, an orchestral piece written to mark the marriage of The Duke and Duchess of Cambridge. Olga also wrote the anthem ‘Jubilation’ for the Diamond Jubilee, performed by Her Majesty’s Royal Marines Band Portsmouth (Royal Band).

They have also recorded ‘Royal Lullaby’, a gift for Prince George as well as ‘Lullaby for Princess Charlotte’.

Other wonderful tracks include ‘Thank You Very March’ and the ‘Regent’s University London Theme’. To mark the transition of Regent’s University from college to university, the Vice Chancellor Professor Aldwyn Cooper asked Olga Thomas to compose a piece of music to celebrate the occasion. The University was so delighted with the music that it was used for the student’s annual graduation ceremony.

On hearing that this music was to be included in this special album to commemorate the Queen’s birthday, Professor Aldwyn Cooper said:

“We are honoured to hear that the music composed for Regent’s University London to is to be performed by the Royal Marines band and included in this special album for Her Majesty The Queen. It is a wonderful way to celebrate the tremendous support that the Royal Family has given to education and our institution over the past 100 years.”

Now for the first time all these tracks and many more have been arranged and recorded by Her Majesty’s Royal Marines Band Portsmouth (Royal Band) and will be featured together on an album aptly titled ‘Jubilation’ which will be released in July.

The first single to be released from the album will be the album title ‘Jubilation’ and was written by Olga to commemorate Her Majesty The Queen being the longest reigning Monarch as well as celebrating her 90th Birthday this year. Olga has been invited by Cruse to attend The Patron’s Lunch and the single will be released to tie in with the weekend celebrations on June 10th.

“It has been my greatest honour and privilege to compose songs for the Royal household, my private music gifts have been presented several times over the years and I hope they have brought much joy to those that have listened. With every birth, marriage, important anniversaries and at times the passing of much loved Royal members each has moved me with every emotion possible and I try and convey this through my music.”

A number of the compositions on the album have been tastefully arranged and produced by Warrant Officer Class 1 Tom Hodge MBE RM recorded in Portsmouth with a full concert band.

“I am delighted to be involved with recording the music of Dr Olga Thomas for this Commemorative Album. The proceeds provide much needed funds for the Royal Navy and Royal Marines Charity and Cruse Bereavement Care”

The album also includes some special guest vocalists including Classic FM presenter and Welsh Tenor Wynne Evans who sings vocals on the single ‘Jubilation’ and Rising star of the classical world British Soprano Emily Haig who provides the vocals on both Royal Lullaby tracks, her perfect pitch complements this track beautifully.

All proceeds of this album will be split equally between Cruse Bereavement Care and The Royal Navy and Royal Marines Charity (RNRMC). Neither of the two charities were required to put in any funds to support this project.

“It is such a privilege to have Her Majesty The Queen as the Royal Patron of Cruse Bereavement Care and this new album Jubilation composed by Olga (Thomas – Bosovskaya) and arranged and recorded by Her Majesty’s Royal Marines Band is a fitting tribute to celebrate her 90th birthday and 32 years patronage of Cruse.    Olga has been a great supporter of Cruse over many years and we are very grateful to her for generously donating her time and immense talent to support our organisation.”

“This recording is a wonderful gesture of support for the Royal Navy and Royal Marines Charity. We exist so that the remarkable men and women of our Naval Service – past and present, regular and reserve  – as well as their families, always have someone to turn to whenever and wherever they are in need. Proceeds from the sales of Jubilation will help to ensure that we can continue to fulfil our mission for generations to come.”

For further information and for interview opportunities please contact Louise Harris on 07980 996318 or email louise@louiseharrispr.co.uk

Its Group of charities includes the Royal Marines Charity, the Royal Navy Officers’ Charity and the Naval Service Sports Charity.

Since 2007, it has funded projects and facilities that boost morale for those who serve today. It also distributes millions of pounds annually to military charities, which care for the children, families, and veterans of the Royal Navy and Royal Marines.

For more information on the Royal Navy and Royal Marines Charity, call 023 9387 1520 or visit www.rnrmc.org.uk.

We have over 50 years’ experience reaching over 100,000 each year.  We support anyone who has been bereaved wherever or however the death has occurred. Cruse’s services are available over the phone, online and face to face, ensuring that we provide somewhere to turn when someone dies.

All our services are delivered by trained bereavement volunteers through our 79 Areas and Branches and our National Helpline.

For any other information about Cruse please contact annabel.phelps@cruse.org.uk or the press phone 07904 662001